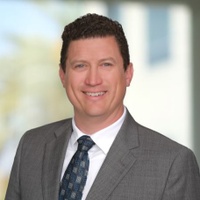 At the age of 20, Scott Johnson began his first business in Thousand Oaks, CA teaching recreational sports. One of his students introduced him to the world of real estate appraising. After learning the ropes as an apprentice, Scott opened his own RE appraisal firm in Menifee, CA shortly after that. He spent 12 years running one of the most successful RE appraisal firms in his area. During this time, a friend began discussing the possibility of opening a breakfast restaurant. Many conversations later, the two opened their first restaurant in Northwest Las Vegas. The company opened several more locations around the Las Vegas metropolitan area.

After successfully running two sole-proprietorships and one joint-owned business, Scott decided to return to college to complete his degree in Finance. In 2010, he obtained his Bachelors of Science degree in Business Administration with a concentration in Finance from California State University, San Bernardino. The professors and lectors opened his eyes to the world of financial services. He realized that the vast majority of the population were not receiving the “full extent” of guidance required to reach financial freedom.

In 2012, he began his career in the financial services industry as a registered representative with Prudential. Scott found success quickly and was the “Rookie of the Year” his first year in the industry. Along the way, he found he had a knack for helping other advisors be more successful. Within a couple years, Scott had worked his way up being promoted to Manager of Financial Services leading a team of financial professionals. As a Manager of Financial Services, Scott built one of the top teams in Southern California for Prudential.

What led Scott to join One San Diego Financial Strategies, Inc. was a desire to have a client experience that focused on collaboration, transparency, independence & creativity, unhindered by corporate restrictions. Furthermore, because the focus at One San Diego is on dedicated and consistent mentoring, coaching and development, Scott felt he could concentrate on helping new advisors build a success practice rather than focus on how many financial representatives were a part of and/or joining the firm. And lastly and most importantly, he saw that he could truly trust and rely on the leadership team to be counted on to step up, take action and follow through on anything that was needed to support members of the firm and their clients.

When Scott isn’t working with his clients or team, he spends his time SCUBA diving, paddle boarding, hiking, camping, weightlifting, and flying.