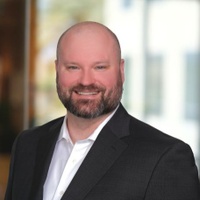 A native Californian, Derek grew up in the beach town of Santa Cruz.  He was recruited by the University of California San Diego as a sought-after high school student athlete, and he graduated from UCSD with a degree in Economics with Provost Honors.

Since he began his career in financial management, Derek has been recognized at every level with numerous awards and achievements as a premier leader.  He started his career at MassMutual Financial Group and quickly moved into a leadership position as the Financial Planning Specialist for the local San Diego agency.  In that role, Derek became a leader by conducting training classes and mentoring new producers.

From there, Derek used his financial planning and wealth management background along with his training and mentoring experience to transition to the role of Divisional Vice President at AXA Advisors.  Derek grew his team from 3 to 20 Financial Representatives in less than three years, which helped him rise quickly in management rankings.

In 2016, Derek was recruited to become a Principal Director and General Agent for one of the largest mutual insurance firms in the country, The Guardian Life Insurance Company of America.  In his role as a Principal Director and General Agent, Derek was responsible for opening and overseeing the strategic direction of the La Jolla, California office, which included talent acquisition and working on advance planning strategies.

Derek then decided to take his experience and knowledge and open his own firm.  He chose to work with the companies of OneAmerica® because they’re a historic organization known for flexibility and stability.  He holds FINRA Series 7, 66, 24, and a Life and Health Insurance license.

Derek also wanted to create a new kind of firm for advisors.  A place where they have an opportunity to go above and beyond.  A firm where they can truly put the client first as well as have a rewarding work-life balance, flexibility, and transparency about what advisors can expect when they agree to work with One San Diego.  Derek also envisions his firm as a place where advisors have access to industry-leading technology geared toward helping them work better.

He also wanted to open his own office to put his personal stamp on helping the residents of San Diego create a financial foundation on which to build their lives and businesses.  For his clients, this means their needs are first.  It also means transparency about how his firm works.  As a testament, many of his clients have referred their family members to him along with their friends.

Outside of the firm, Derek resides in North County San Diego with his amazing and supportive wife Corynn, and their beautiful daughters Summer, Lyla, and Bria.