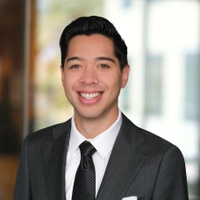 David was born into a law enforcement family.  Where both his mom, dad, uncle, and stepdad were all policemen. Growing up with two brothers, one older and one younger, it seemed apparent that they would all follow the family footsteps and carry on a legacy of police work. While both brothers would end up becoming policemen, David on the other hand had a different future in mind for himself.  His grandfather on his dad’s side was a business owner, author, and politician. His grandfather owned a franchise located in the heart of the city of San Francisco, wrote many books about Vietnamese immigrants’ life in America, and served as an Ambassador to President Eisenhower during the Vietnam War to help his people find refuge in the United States and escape the communist regime that was taking over their beloved county.  Because of his strong bond with his Grandfather David aspired to be just like him. David knew his passion was to be an entrepreneur.

To embark on his career in business, David attended Cal State University Fullerton, majoring in Business Administration with a concentration in Corporate Finance. Upon graduating with a Finance Degree from CSUF, David started his career as an entry-level accountant at SES Insurance Brokerage Services, Inc., a leading, tech-enabled provider of insurance services for large portfolios of real estate. During his time at SES, David diligently rose the ranks from a Junior Accountant to a Senior Accountant.  In 2017, while his career was taking off, David knew he still needed help with his personal financial strategies and guidance on how to accomplish his financial goals. David connected with a lifelong friend, mentor and Financial Professional Alexander Bayacal to help him with his own financial strategies.  Over the years working with Alex, David had accumulated & protected his wealth, created a savings strategy, and bought his first home.

While David continued to experience steady growth in his career, he knew he always wanted to be in a more finance centric role. In 2018, he was recruited as an Analyst by Allianz Asset Management in their Finance Department and shortly after transitioned into their subsidiary known as PIMCO in Newport Beach, California. Working in PIMCO’s Finance Department, David gained extensive knowledge in the Asset Management industry, the various types of product and investment strategies they had to offer and actively worked with their global offices to service their clients and internal partners worldwide. Throughout his career at PIMCO, David felt he was still lacking the growth he envisioned for himself and knew he wanted more.

David realized how significant of an impact Alex, his best friend, mentor and agent had on his career and life.  David realized his true calling and wanted to provide the same experience he had towards others and impact them in a positive way as he had for himself. In 2021, Alex Bayacal, now a Partner with One San Diego Financial Strategies, recruited David to be a Financial Professional on his fast growing team.  Being a client of Alex’s for 6 years, a finance major, and all the positions he’s held at previous companies, pursuing a career as a Financial Professional was a smooth transition.  David quickly established himself and made a huge impact with his Friends, Family, and community.

In 2022, David was promoted to Associate Partner with One San Diego Financial Strategies, helping the firm grow in the Anaheim Hills area and living the life he’s always wanted for himself.

In his free time, David enjoys spending his time with his family, traveling, SCUBA Diving, camping, hiking, and attending concerts.